History of the Department of Multicultural Services

In 1986, Texas A&M University’s Division of Student Services Standing Committee on Minority Student Conditions, along with several student leaders, sought to establish an office committed to assisting ethnic minority students on the Texas A&M campus. Thus, the Multicultural Services Center was created and opened its doors in September 1987 as an office within the Department of Student Activities. The Center achieved department status on December 1, 1989, becoming known as the Department of Multicultural Services, with Mr. Kevin Carreathers named as the first director.

In its early years, the Department efforts focused on developing programs and services that provided targeted groups the opportunity to fully participate in leadership development opportunities and to be successful academically.

As the University recognized the need to prepare all students for a multicultural world through its mission and vision statements, a second mission for the Department, diversity education, became more formalized.

1987 – Multicultural Services Center was created and opened in September, as an office within the Department of Student Activities.  The focus was on developing programs and services for targeted groups, to fully participate in leadership development opportunities and be academically successful.

– The Multicultural Services Office was housed on the first floor of Bizzell Hall.  A Coordinator and two support staff were hired

1988 – First Southwestern Black Student Leadership Conference (SBSLC), which would not only become the department’s second sponsored-level student organization, but also the largest student-run conference of its caliber in the country

1993 – A second mission for the Department, focused on diversity education, became formalized because both the Division of Student Affairs and the Department of Multicultural Services felt that a peer-based Diversity Education approach had significant merit.  The Division of Student Affairs budgeted funds to establish the program resulting in a new department name and extended mission – Department of Multicultural Services and Office of Diversity of Education.

– The first Whoopstock Unity Festival was held (discontinued in 2007)

– Enhanced the retention function of the development with a credited seminar focusing on study skills and the maintenance of one’s cultural identity called ExCEL Seminar.

– Room 026 of the Memorial Student Center is acquired for Department student organization workspace.

– Renovations to Room 147 of the Memorial Student Center, expanded space for a resource library, staff offices and student organization workspace.  Room 026 is converted to the department’s first conference room.

– The first Fusion Fiesta was held

2008 – Relocated to new space in response to a student, faculty and staff campaign for more visible and prominent space

-The Women of Color Courageous Conversations Series was developed

Click on a photo to view a larger version 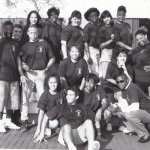 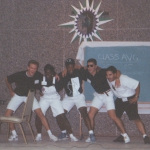 Students participating in the fight song (1990) 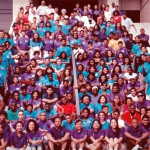 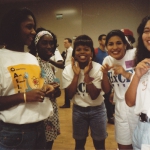 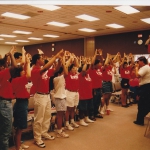 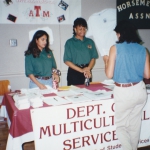 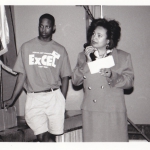 Listening and getting ready to present at an ExCEL event (1994) 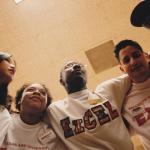 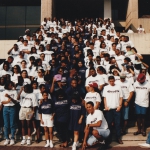 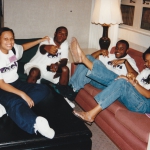 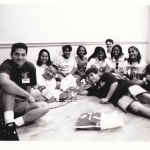 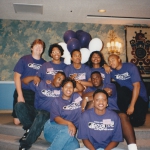 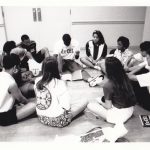 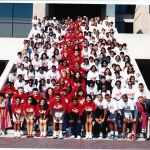 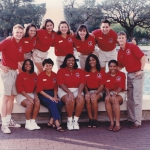 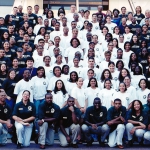 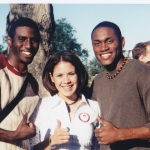 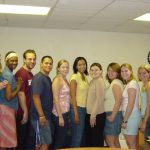 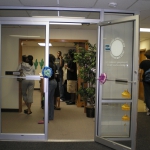 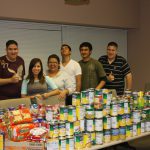 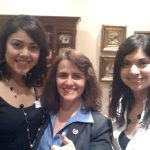 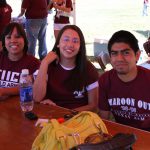 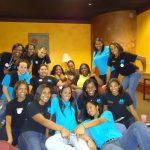 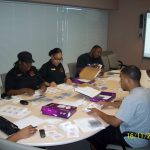 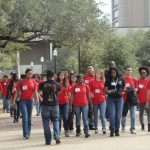 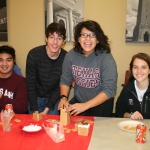 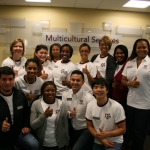 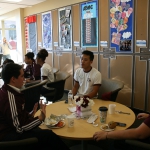